I shared a bit of the gold mining process with a group of young students this week and thought you may be interested in reading about it too. 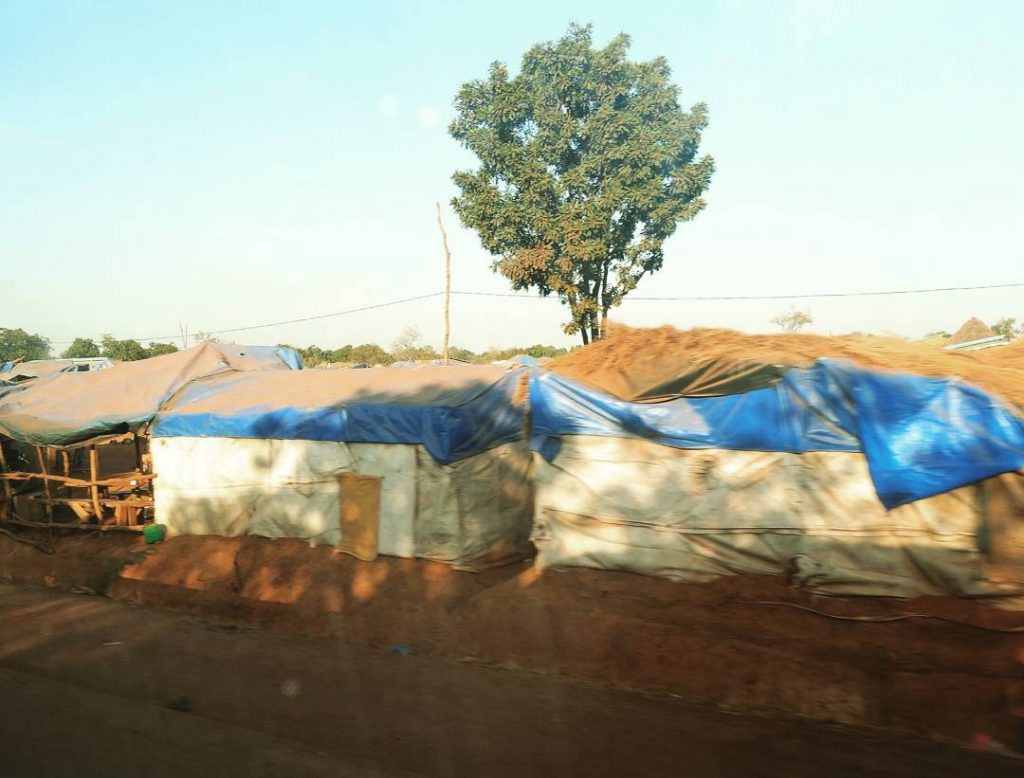 Temporary Mining Town as Seen From the Road

Artisanal gold mining is dangerous and costly, but the prospect of wealth is too great an allure for those hoping to strike it rich. Miners set up temporary shanty towns made of tents and cardboard homes {pictured}. They go into the bush with metal detectors and search vast amounts of land until their detector sounds an alarm. Once gold is found in a region, workers dig shafts with shovels and handmade hoes; hauling buckets of earth to ground level to be processed. Shafts are dug down into the earth and are widened into caves following gold veins as it’s found. Sometimes new shafts and caves are dug at greater depths just under existing shafts and caves. The potential for a cave in is great.

At ground level, gold chunks are removed from surrounding rock with hammers. Amalgamation is used to extract the remaining gold and gold dust from the resulting rock debris. Amalgamation is the process of mixing mercury with gold; forming an alloy called amalgam. Mercury is poured over the work table, which mixes with and collects gold particles and dust. During this process, the gold is dissolved into the mercury. The mercury-gold amalgam is then heated to separate the two elements. Mercury vaporizes: is collected in another receptacle for reuse, while the gold is left behind to be added to the nuggets already mined.

There are physical and environmental health risks of amalgamation. Of primary concern is the health effects to the miner performing the amalgamation. Mercury is a highly toxic element that doesn’t break down in the environment. It’s merely “recycled” between land, water, and air. In animals, mercury can become concentrated in the food chain causing problems. Mercury builds up in the human body and attacks the nervous system. Because mercury vaporizes at room temperature, it pollutes homes and communities when left in open containers in the African heat, and when toxic mercury vapors are released during the amalgamation process. Mercury that’s evaporated into the air can travel great distances and be breathed by miners, their families, and others near the mining community.

Because lungs readily absorb mercury, and mercury is not easily excreted, it collects in the body causing hair loss, muscle tremors, fatigue, decreased cognitive function, and death. In the 18th century, hat makers used mercury to process felt hats. Continual low-level exposure of the mercury vapors built up in the hatter’s body until they went crazy. Hence the term, “Mad Hatter.”

Many mercury free mining techniques are available, however access to safer mining equipment is cost prohibitive for artisanal gold miners.

Barely an hour passes from the time gold is found, mined, amalgamated, and taken over the border into Mali where companies introduce it into the world market. By avoiding government mining frameworks, nationals who find gold retain more of the profit. And those who do not strike gold stand to lose their entire life’s savings. That, however is a topic for another post. 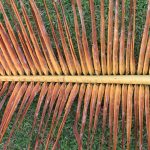 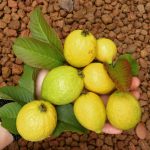