When we traveled far from home for a retreat a few weeks ago, we took advantage of the wonderful restaurants, little boutiques selling South African coke {made with real sugar} and European chocolate {made with less wax}, and the artisanal markets.

“What are you carving?” I asked a shop owner in a quiet corner of the market.

“I’m hollowing out the back of this mask” he explained as he turned the wood around to reveal an ornamental mask. “It’s too heavy for tourists to take on the plane so no one will buy it.”

“Did you carve it yourself?” I inquired.

“Yes, this one I did. But not all of them. Some my father made. That one,” he said pointing to an exquisitely carved and smoothly waxed African warrior, “That one was made by my father 28 years ago.” 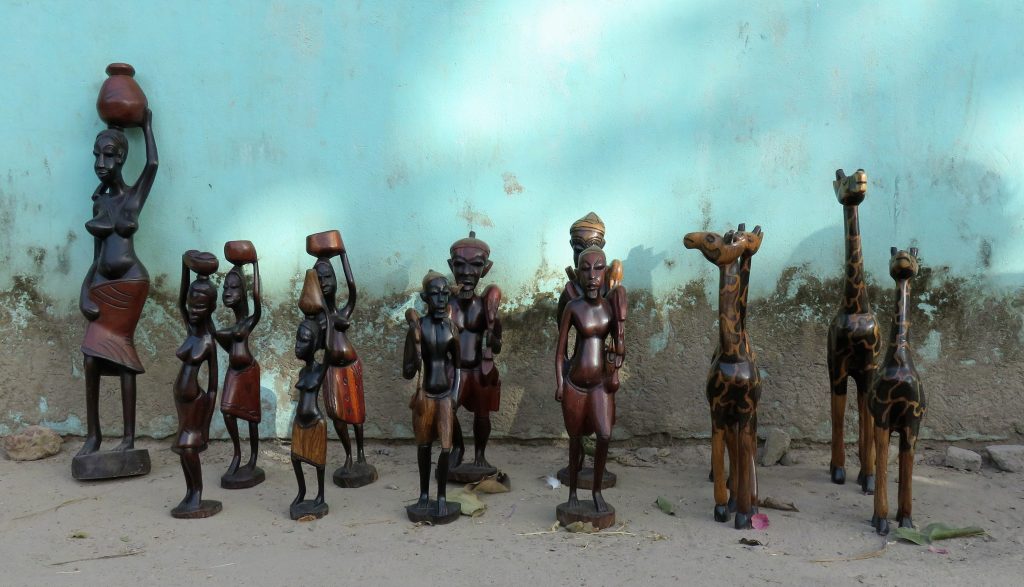 “That carving has been in your shop for 28 years? You haven’t sold it in 28 years?” I replied in disbelief.

“Yeah. You’re not like the others. I can tell you’re different. You’re not a tourist. Where are you from”

“I’m American but I live in Guinea Conakry” I replied, differentiating from Guinea Bissau, Equatorial Guinea, and Papua New Guinea. We talked for a while and I discovered that the shop owner spoke Pular. Not only did he speak Pular but his family name was Diallo, which was a perfect excuse to call him a thief, a liar, and a bird eater. He laughed loudly at these jokes and said I was not a good person. I told him I had to leave but I’d return with a gift for him. Noah was being toted around on my back and it was his nap time. 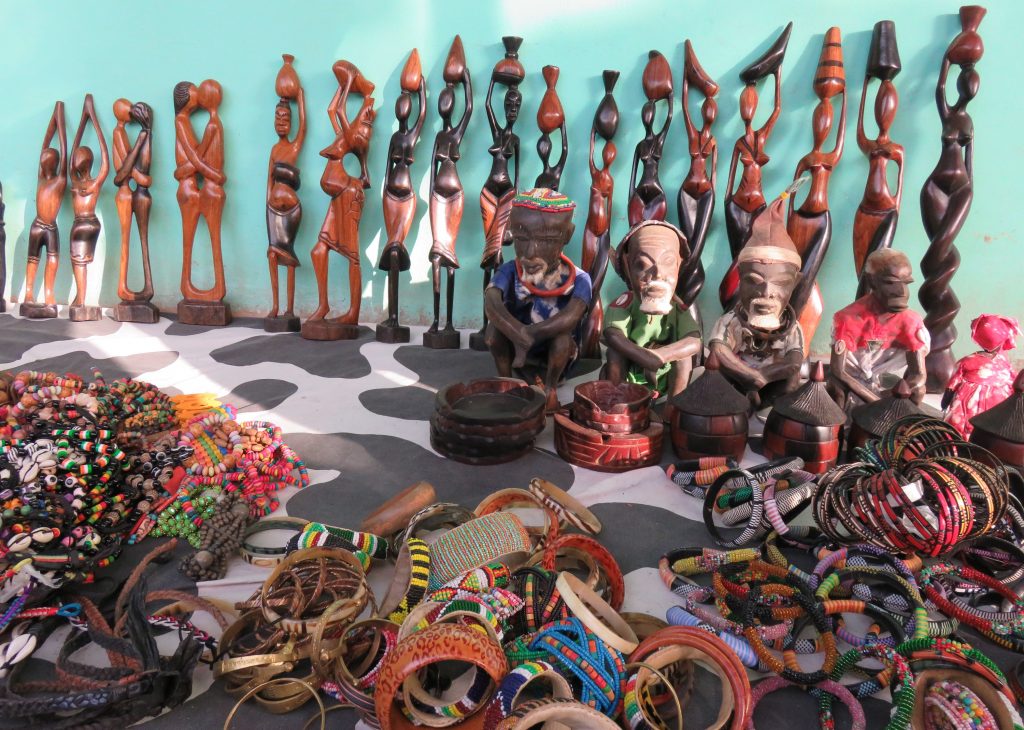 I returned to the market sans children to purchase small wooden carvings with a stack of 2016 Scripture Calendars tucked under my arm. I knew there were quite a few Pular speaking boutique owners who may be interested in them. Several men bought the calendars and asked if I had anything else from God’s Word. I sure did but it was back at the hotel, and I told them I’d send a friend to drop them off. It was more appropriate for a man to sit and discuss theology, and my free time was limited. On the way back to the hotel I stopped to get David a coke and kept my word to the mini mart clerk by dropping off a calendar. Miles from home and God was there.