We drove to Maabo’s village again over the weekend to visit his family, and so the girls could see how hand looms work. We studied Cartwright’s power loom a couple of weeks ago in school, so it was interesting compare the two looms and processes by which fabric is made. 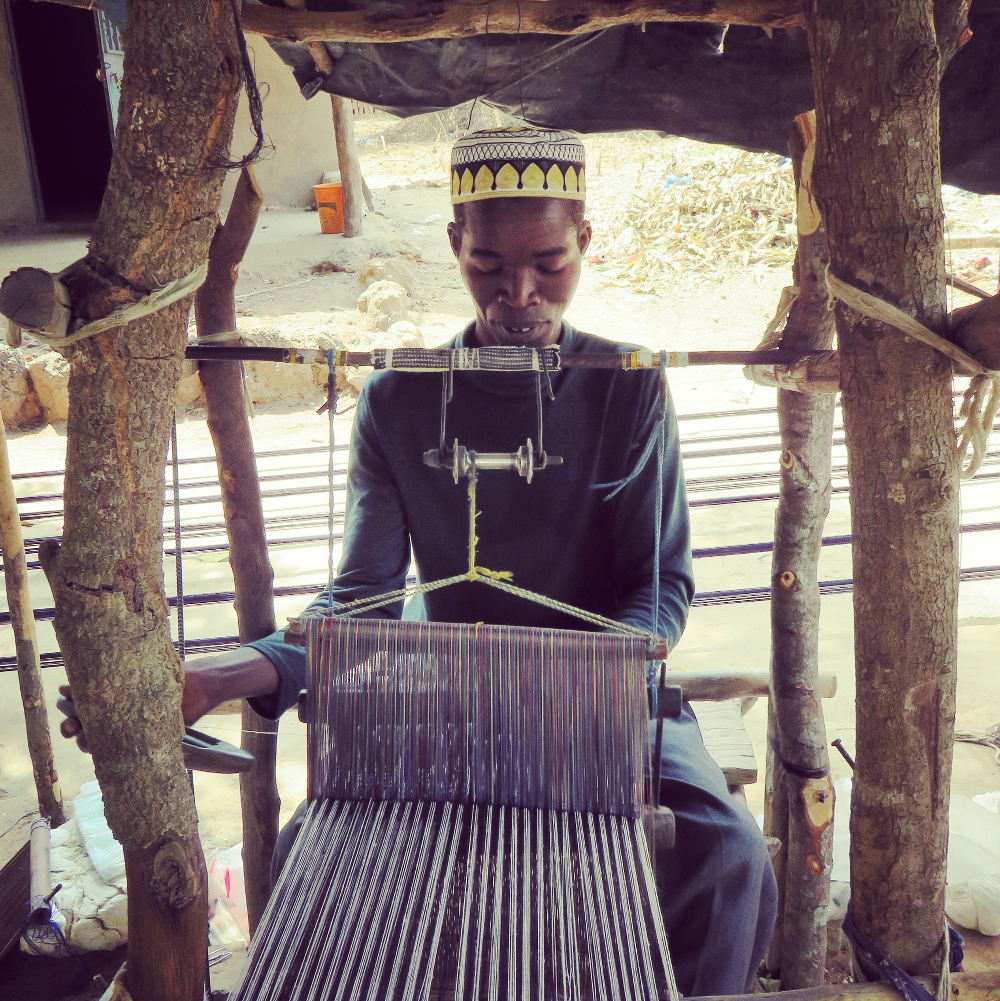 Maabo was the man who unexpectedly died a few months ago after an undetermined illness that left him partially paralyzed. “Maabo” actually means weaver. He got his name from his occupation. He comes from a family of weavers who all work together in their family compound. 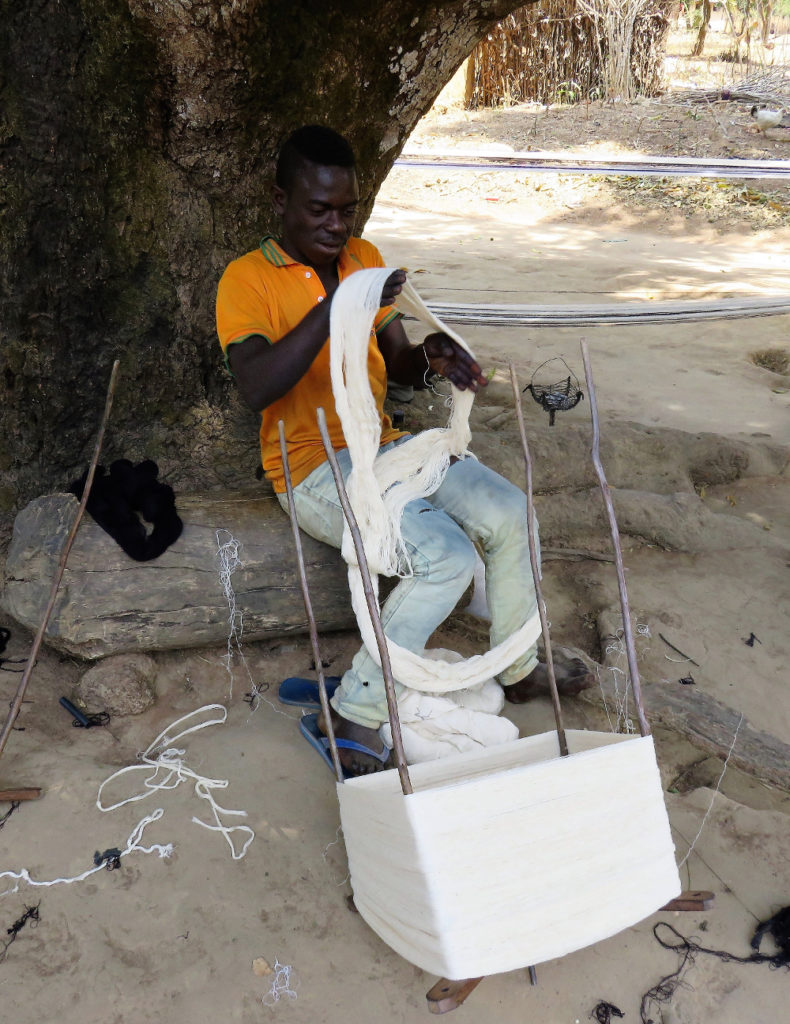 After the thread is dyed, it is wound around sticks on the ground to be stretched taught. This lengthens the thread and results in longer woven material. 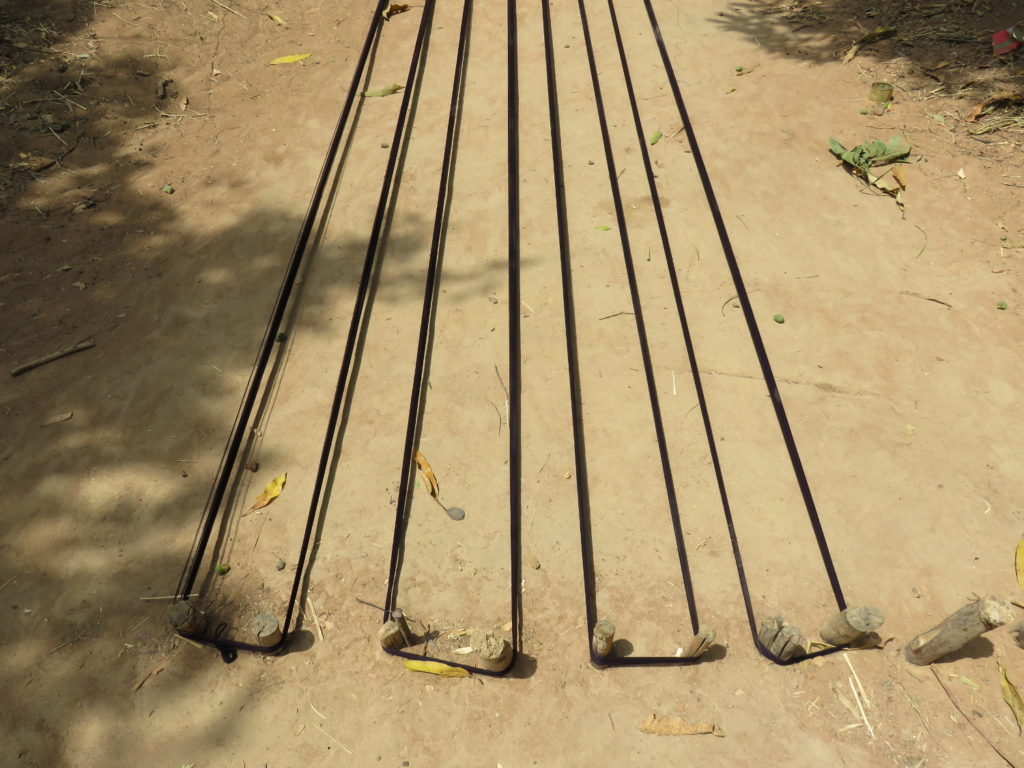 The youngest children can contribute to the family by spinning thread onto spools for use in the shuttle. The shuttle thread forms what is called the weft: the transverse thread that gets woven back and forth; inserted over and under the lengthwise warp to create fabric. 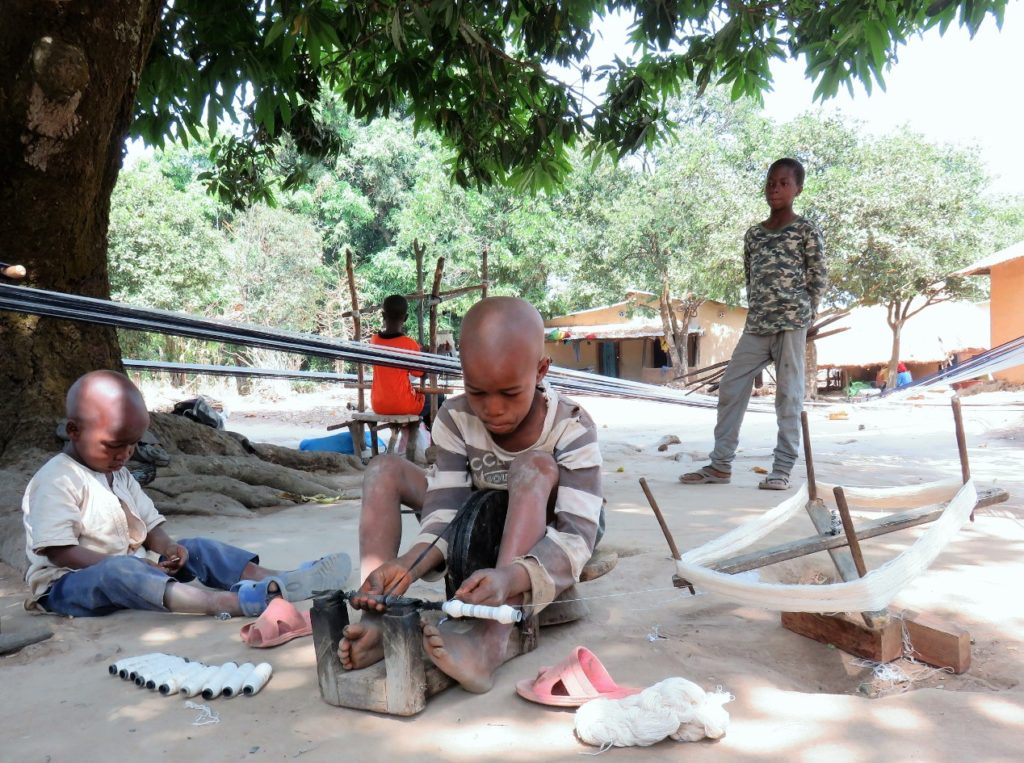 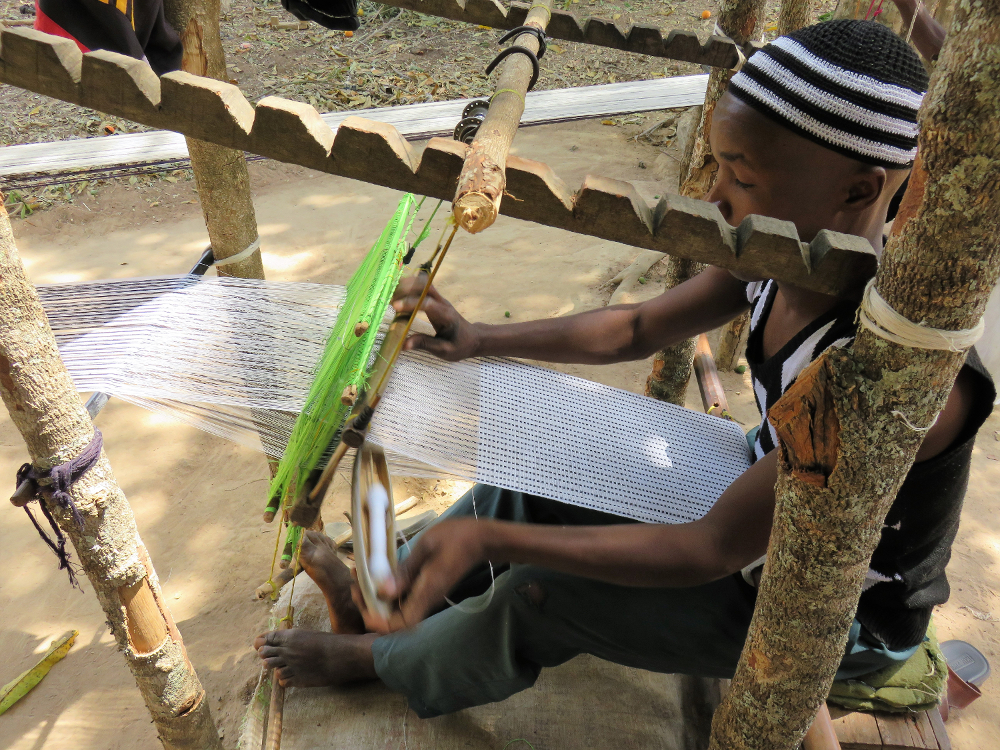 It takes four hours of constant weaving to make enough fabric for a shirt and skirt outfit. The fabric will sell for about $9 USD. The weaver won’t gross that much, though, as he has to subtract the cost of the thread and dye from his profit.